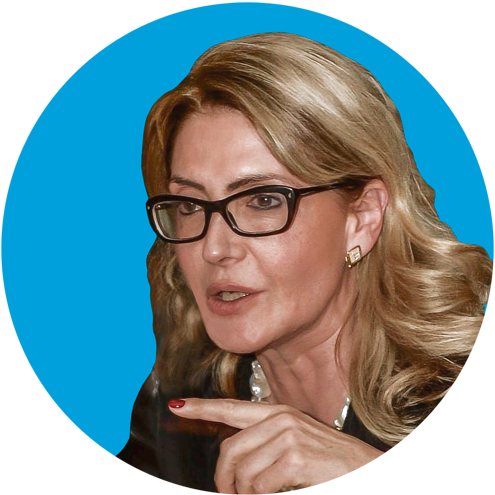 In her professional life, Guadiana Giusti has concentrated on corporate law, capital markets and banking with a special focus on the field of market transactions, extraordinary finance and banking and financial brokerage. She has also gained significant experience on the issue of corporate governance, obligations, compliance and control and remuneration systems, as well as digital transformation concerning listed and/or regulated companies.

In 2016, she held the position of General Counsel at Veneto Banca before returning to the profession in 2017.

Between 2012 and 2016, she worked independently Of Counsel with the firm Gianni, Origoni, Grippo, Cappelli & Partners, of which she had been a partner until 2007.

Between 2007 and 2012, she worked at Credit Suisse (Italy) as Head of General Counsel Country Coverage. She was a member of the Italian Management Committee, assigned to the strategic management of Italian activities for three divisions (Investment Banking, Private Banking and Asset Management). She also chaired the Diversity and Philanthropy Council for Italy.

She has taken part in numerous conferences and has collaborated in degree and masters’ courses at the “Luigi Bocconi” Commercial University, the “Guido Carli" LUISS University, as well as with regard to seminars. She has collaborated with Italian and foreign periodicals.