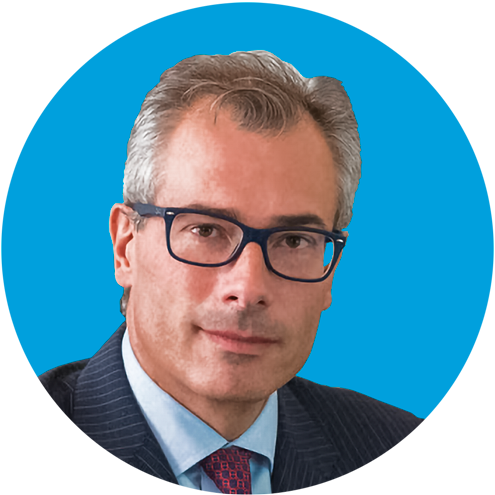 Began his career in 1989 in Human Resources at NCR Corporation, holding numerous positions of responsibility at both a local and international level for 10 years.

In 1999, and for the following four years, he was Senior Director HR for Ingram Micro, in charge of HR policy and practice for Italy, Spain, Portugal, Belgium and the Netherlands.

From 2003 to 2012, he worked for Novartis, performing a number of global HR roles as HR Head of global business units.

From 2012 to 2015, he was head of the Global Life Business Unit at Zurich Insurance, living in Zurich, Switzerland.

In 2015, he was taken on as Chief HR Officer by the Brazilian bank BTG Pactual and, in 2016, joined Ferrovie dello Stato Italiane (FS) as Group Chief HR Officer, contributing to the substantial change in the group’s management and organizational model needed to ensure the success of the group’s 2017-2026 strategic plan.

He left FS in December 2018 to become Head of People & Organization - Global Staff Functions for ENEL, leaving his post in July 2020 to join A2A Group as Chief People & Transformation Officer.

He has lived in France, Switzerland, the United States and Brazil, working for US, Swiss, Brazilian and Italian companies.

In his free time, he enjoys skiing, playing golf, spending time with his family, art and good wine.