Venture capital and support for innovation

The A2A Group has always attached great importance to innovation issues. For this reason, it sees corporate venture capital (CVC) as a new opportunity to promote innovation in strategic spheres by supporting start-ups with high potential for growth. In order to better understand a new and relatively unknown sector in Italy, who better to speak to than the experts of VC Hub Italia, the Italian venture capital association. Through its investors, it has put its faith in the high growth potential of a total of more than 250 Italian tech start-ups.

With Francesco Cerruti, Chief Executive of VC Hub Italia, we can delve into the interesting world of venture capital and corporate venture capital to get a better understanding of the opportunities it holds. 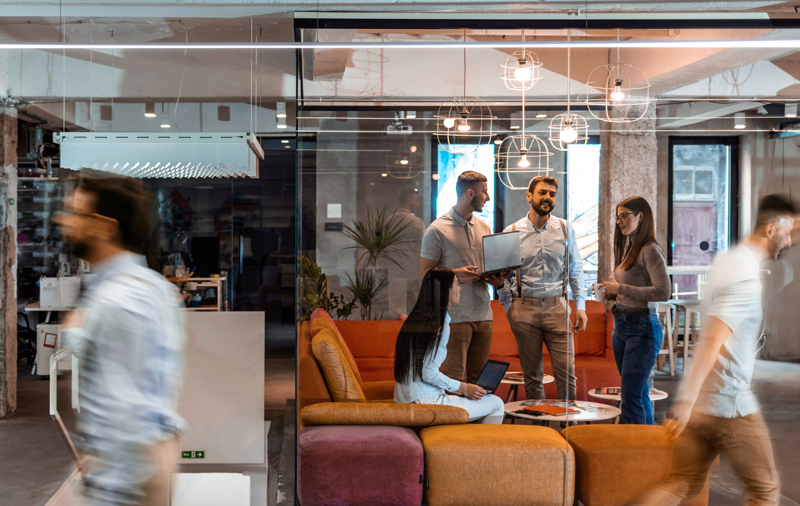 What is venture capital?

Venture capital is a form of investment whereby risk and hopes of good fortune become the main strategy, with the aim of attaining a future economic return.

“Venture capital is a type of high-risk alternative finance, aimed at innovative start-ups: young companies set themselves up on an idea that has to be transformed firstly into a project and then into an operational business” explains Francesco Cerruti.

Companies with neither resources nor guarantees of success but which, thanks to venture capital, can perhaps see a concrete opportunity for success by taking one small step – in terms of both funding and project development – at a time.

How is a capital venture fund born?

“Venture capital derives from a dual process: on the one hand, from the raising of funds by looking for investors interested in this kind of business and, on the other, the identification of start-ups and the assignment of the funds raised” continues Cerruti.

There can be three types of investor: public and semi-public (like Italy’s Cassa Depositi e Prestiti – Deposits and Loans Fund), the most numerous type; private individuals, less common because considerable assets are needed (five million euros or more); companies, the last to arrive on the venture capital scene.

Once the investors have been found, the second phase gets under way with a team tasked with putting together the fund and deciding which type of start-up to look at (Italian, European, green, etc.). Thus begins thestart-up scouting process, seeking the business in which to invest, and the initiation of the investment for a total of five years
During this phase, some start-ups may just not manage to make it (the start-up mortality rate is three out of four in the first few years). From the sixth to the tenth year, comes the selling off of shares in those start-ups that have succeeded in taking off, with the aim of earning on the investment. If, in fact, the company has taken off, investors can assure themselves an exit which richly also repays any losses in start-ups that failed to make it.

Why invest in venture capital?

The earnings: it is an investment with substantial losses but, if the right investment is made, the economic returns are considerable.
The passion: investing in innovation means believing in the future of the country.

One of the youngest forms of venture capital is corporate venture capital, a new and, at least in Italy, not very widespread way for companies to invest in innovation.

“Through corporate venture capital, – continues VC Hub Italia’s chief executive - the company acquires shares of the capital of an innovative start-up not solely to ensure a financial return, as is the case with venture capital, but in order to outsource company innovation by gambling on a new young project.”

Fundamentally, this involves tasking the out-of-house start-up with a research and development project in the hope that it may become useful in-house in the development and innovation of a specific sphere of production. The type of start-up chosen generally reflects the activity of the funding company and, once it has grown, can be brought in-house to help enhance and develop the corporate system.

The young face of the company

Corporate venture capital is a typical practice of more enlightened businesses because, as well as bringing innovations into the company, it also enables investment in young enterprises. It is still not very common in Italy, however, and the most developed sectors are currently e-commerce, life science and smart money exchange systems.

Few but good, then, are the experiences of corporate venture capital in Italy. And these include the A2A Group project whose aim is to promote Group innovation by means of investment in start-ups with great innovation and growth potential.

The project is a concrete one which involves the investment of significant resources over the next few years. The scheme focuses on seed and early-stage start-ups operating in Italy or southern Europe in spheres of business that are strategic for the Group, such as the circular economy, the energy transition, mobility and new technologies for the cities of the future.

The various partners involved in the project include 360 Capital, Europe’s leading venture capital operation, and the Politecnico di Milano with its Poli360 fund, which leverages the polytechnic university’s research potential, its Technology Transfer Office (TTO) and the PoliHub incubator.

For the Group, the project represents a new form of internal strengthening, of promotion of innovation and, most of all, a gamble on young new enterprises able certainly to bring economic value and growth but also
to have a positive effect in those areas where A2A operates and for the whole ecosystem of innovation.